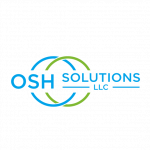 A quick look at OSHA’s website and the most recent regulatory agenda can give us an idea of what standards are edging close to being issued as final. Despite a back log of standards in the pipeline, OSHA issued another proposed standard at the end of 2013. This injury/illness reporting requirement will require certain companies to send information from their OSHA logs directly to OSHA. Comments are due by the end of February and a public hearing is scheduled for January 9, 2014. This appears to be an important new initiative for the head of OSHA David Michaels and can be expected to be one area of focus in the realm of standards setting. Further details can be found in our January safety newsletter and the OSHA website www.osha.gov

Another area of focus for OSHA is the Injury Illness Prevention Plan standard. This far-reaching standard will impact nearly all workplaces with the requirement to establish a written program for preventing injuries and illnesses in the workplace. This is a standard that Dr. Michaels has championed in speeches and we can expect that there will be movement on this one during the year. We will monitor progress closely and keep you informed as the year unfolds.