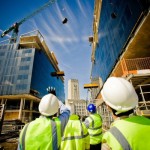 The new decade also involves a U.S.Presidential election. It is not expected that the Occupational Safety and Health Administration (OSHA) will take on any new regulations this year. The proposals that are on the regulatory agenda are not likely to be released this year either. Keep in mind that OSHA has been without an appointed leader since the new administration took office in 2017, marking the longest period of time when this has been the case. Without a leader who has an agenda for making improvements to workplace safety and to OSHA itself, new regulations and significant changes simply won’t take place.

OSHA continues to actively enforce its regulations. After a few changes in direction after the Trump administration took office, OSHA has conducted more inspections with significant penalties resulting from changes in the penalties structure that were made in the previous administration. OSHA has been busy following up on injury reports. Another change under the Obama administration is that all workplace injuries involving a hospitalization and all amputations must be reported. OSHA continues to operate both national and local emphasis programs. The agency continues to inspect construction projects at a health rate due to the number of deaths that occur during construction work.

It pays to maintain a safe work place for employees. OSHA inspections are an ever present reality for employers. You can be “inspection-ready”. Get in touch with us and we will show you how.