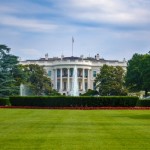 It is safe to say that OSHA is different under President Trump’s administration than it was under the Administration of President Obama. It was clear during the campaign that President Trump is not a big fan of regulations and that it was unlikely that we would see efforts at creating new regulations under OSHA. This has held true.
President Trumps’ nominee to lead OSHA withdrew his nomination just as he was to be confirmed last month. He waited 19 months after initial confirmation and decided it was time to pursue other options. It is unlikely that a Trump-appointed OSHA boss will happen unless he wins a second term. The business world had high hopes as the nominee had led safety efforts at Fed Ex and was expected to undo some of the anti-business tactics OSHA brought to bear under the Obama White House.
One thing that has not really changed is the area of enforcement. If corporations believed that OSHA would ease off and that inspections would take a more friendly tone, they were mistaken. The three most recent OSHA press releases involving enforcement indicated that a mental health facility was fined over $32,000, a metal extraction firm in AZ faces over $280,000 in penalties and a farm was cited and penalized over $95,00. You can read the press releases for details at this link.
Penalties are adjusted for inflation annually and the increase is significant. If you experienced an inspection over ten years ago and paid penalties, you would be shocked by what the penalty amounts would be today.
You can be prepared for an inspection. Make sure your training is up to date. Take a look at your written programs. Are they current and are you doing what is in writing. Conduct routine inspections and encourage employees to report safety issues. With a little bit of preparation there is no need to worry about your next inspection. Be inspection-ready.

Previous Post
Tire Checks for Truckers
Next Post
SAFE FEED/SAFE FOOD – Why it May Make Sense for Your Firm.