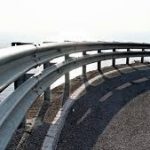 Experience Isn’t the Same as Wisdom
Cheryl operates a forklift. She arrives at work, punches in and heads to the warehouse. She’s running late so her boss tells her to get a move on. She is doing the same job she’s done for the past five years. She can do it in her sleep. She unplugs her forklift, jumps on, puts it in reverse and moves quickly to aisle 17 where she will start pulling palleted loads to be loaded onto the truck staged at dock 5.

What are some ways she may be creating a path of least resistance while operating the forklift?
What could happen by choosing this path?
Is the time savings worth the accident that may happen?
Distractions, hurry, and feeling pushed can lead a worker to decide to short cut safety.

Fight the Temptation to Take the Wrong Path
It is so tempting to push safety aside in the name of time or cost savings. People are killed everyday in workplaces by not following safety regulations that are felt to get in the way of work and slow things down. Safety regulations are not written to make life convenient. They are written to help you go home safe after you work is done for the day.

Call them paths of least resistance or short cuts. It is human nature to want to find and take the easiest way out. I am all for doing things intelligently and efficiently. Hacks are often a great way to learn something more quickly. You won’t hack your way to a safe workplace.

Follow safety rules. They are the guardrails that allow you to perform you work well, productively and safely.